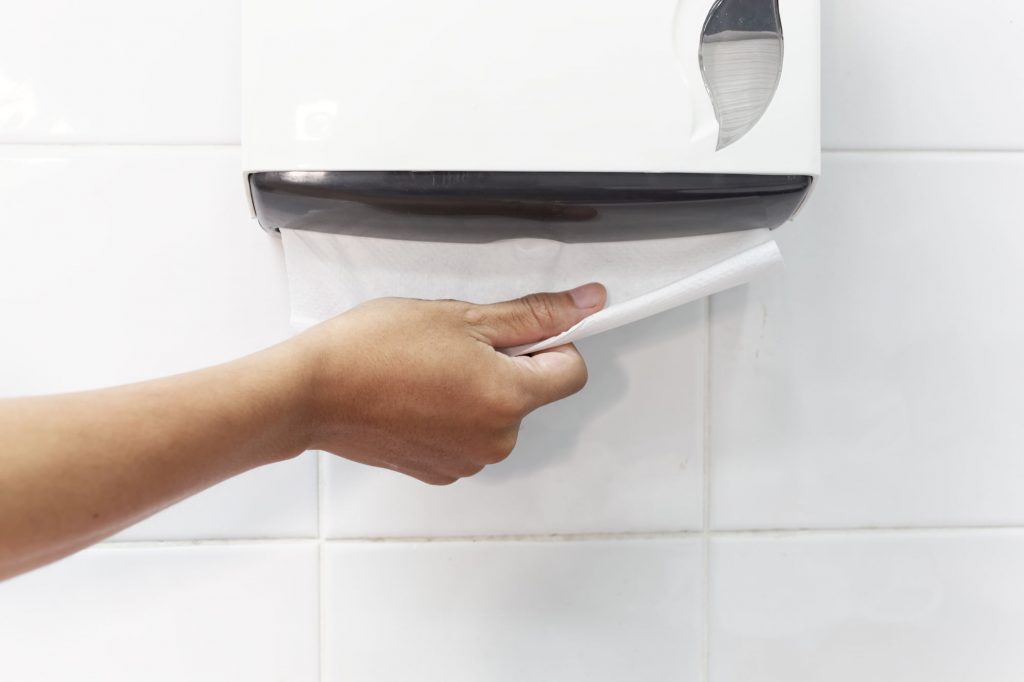 Many businesses and organsations are moving away from hand dryers and replacing them with paper hand towels.

Which one, however, is genuinely better for hygiene and the environment? What variables do we weigh to find out?

According to many reports, paper towels are a more hygienic drying system than electric hand dryers since there is less bacterial dispersal in the air. In a recent study, British researchers at Leeds University discovered that paper towels were more effective than air dryers in public washrooms at removing germs that remained on your hands after you washed them.

“Hand-washing should be accompanied by a thorough hand-drying procedure.

Paper towels can help reduce the spread of microbes and should be used as a preferred method of hand drying, mainly because good hand hygiene is the most effective way to prevent COVID-19. “

Ines Moura, a research fellow at the University of Leeds, is one of the study’s authors.

The process used to dry hands may help minimize microbial contamination not only on the skin but also on the body and the atmosphere outside the washroom. She clarified,

“Paper towels were more effective in reducing pollution,” said Moura. “This is especially important in hospital restrooms because these facilities are used by patients, health care staff, and visitors, and jet air dryers are increasingly the only hand-drying choice.”

Handwashing properly entails vigorously washing your hands for at least 20 seconds with soap and water.

After being infected with a bacteriophage, four volunteers washed their hands for the analysis (a virus that infects bacteria and is harmless to humans). They used paper towels or an air dryer in a hospital public restroom to dry their hands. An apron was required for all participants. They were instructed to cross their arms while wearing aprons and rest their hands on armchairs after drying.

The researchers then took samples from surfaces such as armchairs, doors, stair rails, elevator buttons, chairs, computers, and intercoms, among other things. Both paper towels and air dryers significantly decreased the virus on infected hands, but more contamination was detected after air drying than after paper toweling on all surfaces examined.

The researchers discovered that average surface pollution was more than ten times higher after air drying than after using paper towels.

After air-drying aprons and clothing and surfaces touched by clothing, contamination was five times higher than after drying with paper towels. According to the researchers, the contamination on the armchairs through the crossed arms was discovered only after air drying.

Hygiene is of course the most important factor with the rise and spread of COVID-19 but sustainability is also of growing importance to all organisations.

Hand dryers’ energy consumption obviously puts up a red flag against recycled paper hand towels.  According to Livestrong, a typical dryer consumes 0.018 kilowatt-hours of electricity for 30 seconds or approximately 2,200 watts of total strength. This translates to around 26.61 pounds of CO2 emissions for drying three times in one day.

Paper towels do not require any energy and do not produce any emissions and, according to the EPA, recycled paper towels can reduce energy consumption by up to 40%.

Upon looking at the key criteria of hygiene and sustainability, it is evident that paper hand towels are superior in both categories over standard air hand dryers.